A New Way to Download, Copy and Backup the Latest Streaming and DVD/Blu-ray Movies and TV series.

In addition, more and more the latest and most popular movies and TV series are released through streaming media, no longer stored on the DVD/Blu-ray discs. It seems that the Era of DVD is giving way to Blu-ray, Video-on-Demand and Internet streaming. Therefore, we can not backup all our favorite videos just by DVD/Blu-ray drives any more.

So, is there any ways to get the encrypted or streaming processed movies and TV series?

The answer is to use a video capture and recording device. In fact, video capture devices are very practical. With it, we will no longer be bothered by the encryption and streaming processing technology.

Just connect a video capture device to Streaming and DVD/Blu-ray/streaming media player via HDMI cables, and we can quickly and easily record the lastest movies and TV series. No PC is needed in the whole process!

No matter where the movies/series are stored on, DVD/Blu-ray discs/Set-Top Box/any streaming media player, we can record and keep all these videos permanently.

The recording capacity of a digital video recorder seems immense when it’s just installed, but after a few months, hard drives don't seem so big anymore. You really need a solution to free up your DVR for future recording. The fastest and easiest way is to record your recorded shows to USB storage devices or PC with a standalone video recorder hooked up to the DVR unit. Let’s talk about it.

Most video capture devices and standalone video recorders from the well-known manufacturers do NOT support HDCP protected content, such as ClonerAlliance, Egato, Avemedia. 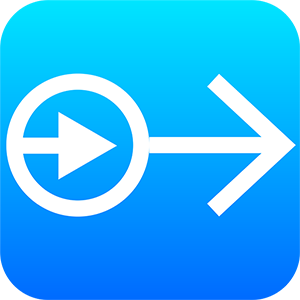 You can use the software to Crack ClonerAlliance and other manufacturers' devices with only one click.

For detailes, please refer to

How to use Open PassDCP to strip HDCP

How to Capture the Videos from My Streaming or DVD/Blu-ray Player onto USB Storage Devices or PC?

There are so many choices for you to select a capture card device on the market now, however, considering performance, quality and after-sale service factors. In this article, let’s take a standalone 4K UHD recorder for example to show how it works.

All is ready now. Run the bundle software on your computer and play the video. Then you can start recording.

Other Things To Take Into Consideration

As we know, for some outdated devices, such as VCR, DVD player, Blu-ray player, camera, it is designed with Component (YPbPr) or Composite (AV/RCA) video output. However, for the latest devices, such as Roku, PlayStation, Xbox, Set top box, etc, it is equipped with HDMI ports. A few nostalgic customers may have the need to backup some videos from outdated devices. Hope the information helps. What’s more, there are some devices that may include both HDMI ports and other types of ports. In short, it indeed depends on the devices you have. Please be careful to check this detail first and then make the correct choice.